Wooden sculptures, including Important Cultural Property, donated by Tokoin Temple, located in the Yoshizuka district of Hakata ward, will be displayed. (Some pieces will be rotated during the exhibition.)

In addition to the utensils that Matsunaga Jian used at the autumn tea ceremony, the exhibition also introduces carefully selected masterpieces from the Matsunaga Collection, including Corpulent Woman, a section from The Scroll of Diseases and Deformities.

The World of Folding Screen Paintings

Used to partition rooms or as windbreaks, folding screens were indispensable for interior decoration. We hope you will enjoy the magnificent depictions on the large surfaces unique to folding screen paintings and the three-dimensional effect created when the screens are folded.

Matsunaga Jian moved to Rokyoso, his residence in Odawara, after the war. Even in the midst of operating his electric power business, the tea ceremony was the focus of his life. The display of tea utensils from the Matsunaga Collection provide a glimpse of his tea ceremony practice at the time.

A Zen priest in the Edo period, Sengai Gibon, fondly referred to as “Sengai-san of Hakata,” served as chief priest at Shofuku-ji Temple in the Hakata area of Fukuoka City, the first Zen temple in Japan. The exhibition introduces many of his familiar and much loved artworks.

Matsunaga Jian and Artists Who Were His Contemporaries

As a collector, Matsunaga Jian had relations with many of the artists whose work he collected, including the versatile craftsman Ogi Seisai. This exhibition intersperses anecdotes with works that demonstrate the friendship between Matsunaga and artists.

As the recipient of several donations of entire collections, the Fukuoka Art Museum has an outstanding collection of ancient art from Southeast Asia. The exhibition features carefully selected items of ceramics and Buddhist art focused on ancient art from Thailand, Cambodia and Myanmar that lends color to the history of Indochina.

・Prices in parentheses are for visitors in a group of 20 or more.
・When purchasing admission tickets, you can pay using electronic money, QR code payment, or the following credit cards: 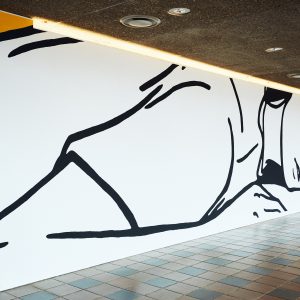 For the Sake of a Single Line